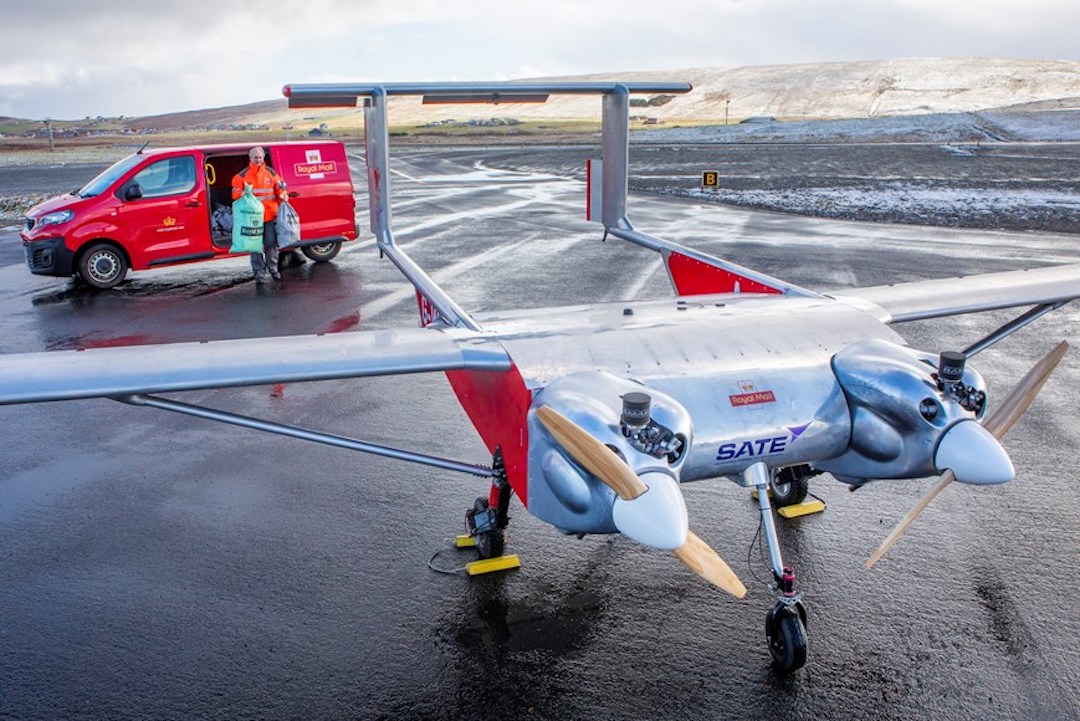 In an announcement this week, the UK’s Royal Mail unveiled plans to scale its use of drone technology by creating over 50 new postal drone routes over the next three years, which will help serve residents in more remote communities.

Aside from the convenience factor, the company noted the use of unmanned aerial vehicles (UAVs) could lessen its carbon emissions, and improve the reliability of mail services, especially in rural areas.

At the moment, the Royal Mail relies on ferries, conventional aircraft, and land-based vehicles to carry out deliveries, which are often disrupted by bad weather conditions.

In a test trial conducted in April on the Shetland Islands, the twin-engine UAV showed the ability to fly even in inclement weather, and could carry up to 100 kg (220 lbs) of mail in all shapes and sizes for two flights between the islands daily.

The first of the new drone routes will service residents on the Isles of Scilly, Shetland Islands, Orkney Islands, and the Hebrides.

In total, the firm said it aimed to support more than 50 routes with up to 200 drones, and in the future, expand its fleet to over 500 drones to reach all corners of the nation.

“On time delivery regardless of our customers’ location or the weather, whilst protecting our environment is our goal. Even though we go everywhere, Royal Mail already has the lowest CO2 emissions per parcel delivered, this initiative will help reduce our emissions even further,” said Simon Thompson, Chief Executive Officer at Royal Mail.

[via Engadget and Royal Mail, cover image via Royal Mail]

What is the most popular initial commit message in Git?

What is an initial commit in Git?